Robert Baxt can best be characterized by the description: “If all the world’s a stage, he wants better lighting!”

A ham since his birth in Brooklyn, New York; even as a child Robert was off and entertaining with humor, balloon twisting, and comedy. When asked why he learned some magic tricks, Robert replied: “When I was a kid trying out my jokes on my family, my father would always ask me if I could disappear.”

His parents not being able to afford to send him to driving school, let alone college, Robert worked his way through performing at children’s birthday parties, picnics, comedy clubs, and corporate events. Upon graduating with a Bachelor of Arts in Film and Theater, he was presented with the dual opportunities of being accepted to both Ringling Brothers Clown College and Law School. Without hesitation, our hero chose the one he felt would give him the better training for a life in comedy: Law School! 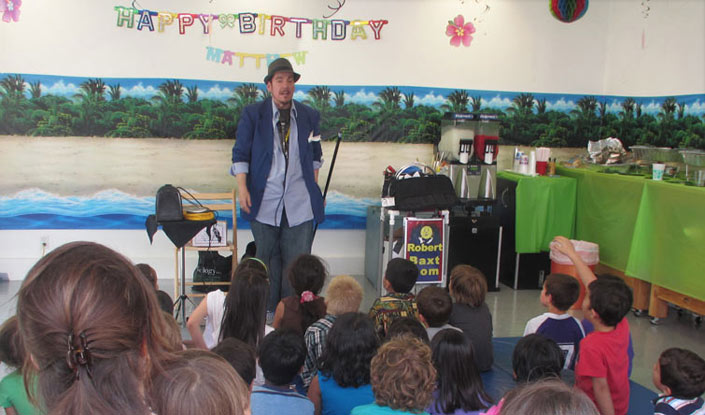